My intense love for France is something I could never apologise for, much less explain. It just is. In moments when the topic comes up, it renders me vulnerable and exposed. There is no other topic which enlivens me more. The sheer desire drawing me to it sends my head in a spin to which, as a Francophile, I whole heartedly surrender.

And then there is Paris. My eternal lover in the form of a city with the perfect balance between the necessary gentleness and strength for life to be beautiful yet comforting.

Paris is  like a lover that always has something fascinating to say even if it has been said before, simply because it reinvents with vigour, a new way of saying it. 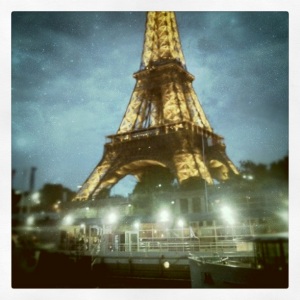 taken during my visit to Paris in 2010

When did I fall in Love with France?

My first memories of France were through the experiences of others. Brief flashbacks to my mother showing me a photo of her next to a gargoyle at Notre Dame overlooking the city; the Can-Can dancing french doll she brought back as a souvenir, adding to my collection of international dolls, my very own Disneyland “It’s a Small World” parade.

When I was a teenager my father said the most beautiful actresses in the world were either Catherine Deneuve or Brigitte Bardot, French over North American any time.  The former had a restraint that made you want to know more and the latter had a manner that left you not needing to know much more.

So I decided that Catherine Deneuve had a style that resonated with my sensibility.  My first icon.  Her performances, in their uniquely understated way, were a sharp contrast to the gushing, overly eager to please demeanour of most other actresses. Et voila!  On a subconscious level, I had understood what the concept of “allure” was. 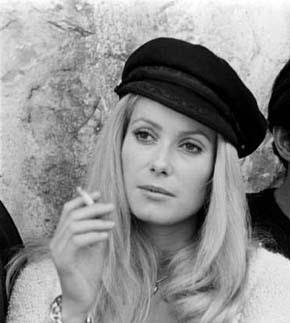 In each glance, Catherine Deneuve exuded a quality which stated – I may or may not be enjoying this, but ultimately it doesn’t faze me.-

Her indifference held such power, it was hypnotic.

The Art of Conversation

In suburban Melbourne, while other parents talked to their kids about netball, footy, swimming practice, my father would talk to me about French philosophers and writers, Camus, Sartre, Simone de Beauvoir, Descartes, Leon Bloy to name a few.

If I was experiencing teenage angst related issues I’d bring it to the dining table where everything got served up, good times and dramas.  As he cooked dinner or cake treats,  I’d eventually open up and start talking about a problem I was having with a teacher, classmate or my reluctance to be enthusiastic about sport and my dad would find pearls of wisdom in the French writers and philosophers, opening up their perspective on related topics and together we’d analyse my situation to try to either resolve it or gain some peace of mind.

I became convinced the French had an answer for everything based on the perspectives my dad extolled about them. 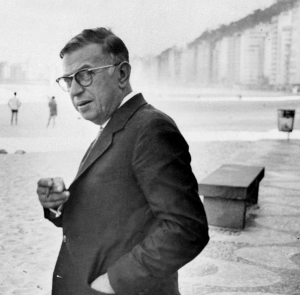 When I was 17 I discovered Italian film thanks to our wonderful yr 11 Italian teacher. Cinecitta led me to  French film. Italian cinema was like Brigitte Bardot, fabulous, but revealing it all. A fun surrealistic dreamscape of excess, thoroughly overwhelming.

If Italian cinema was the manifestation of passion through extroversion, French cinema was it’s balance and polar opposite as the intense, slightly neurotic but beautiful introvert. Both magnificent in their difference and both achieving something most Hollywood films lacked: surrealism, magic realism, intellectualism, conversation, humanism, neo-realism, and a raw honesty through its simplicity.

It was the neo-realist genre of Italian cinema that interested me most.  Cinema verite (real film) was the French counterpart to this genre.

What intrigued me about French cinema, was its naturalness, awkwardness and its ability to talk. Conversations were not for effect or as a segway to action. Conversation was there as an entity in itself for both the validation of the content and the art or pleasure of its elaboration.

People talk in French films for a long time!  They will talk at the cafe, walking in the street, at home, when they eat, while they smoke…

Conversation IS the “action” in a French film.

Well, conversation and sex.  Especially conversation about sex although not in a puerile, vulgar, reductive way.  Honestly, how they elevate even that, is an art! 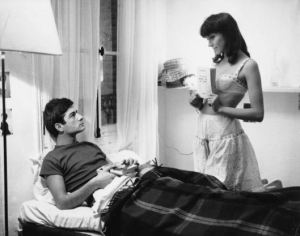 The creation of thought explored through words exchanged not for the sake of judgement or even a conclusion but merely for the exploration of that idea, event etc. that to me was magic on screen!

So as a teenager I decided that although dancing and shopping was fun, my favourite people would be those who could engage in wonderful conversations about anything and everything, without fear or limit for the pure pleasure of this interaction, like in the French films.

Needless to say growing up in suburban Australia, this idea of mine reduced my friendships substantially, especially as I didn’t drink alcohol or play sport.

When is a film in English like a French film?

It was at this time that I encountered my first English speaking film that had a very similar energy and style to French films, ‘Manhattan‘ by Woody Allen.  The black and white aesthetic was used magnificently. The characters were very much in line with the realism of cinema verite.  Once again what I absolutely adored the most, were the conversations. The dialogue, the outrageous concepts that were presented in a very matter of fact manner and without sensationalism, schmaltz or sentimentalism.

The silences which intensified emotions through the absence of music.  The mention of certain authors, art movements, books, directors, philosophers, theorists, influencers, anyone of note that was a creative, an intellectual were details in the dialogue which I absorbed, and later researched and thoroughly explored with gusto.

The private school I attended taught me enough to pass exams.

Discovering France through its culture, taught me everything else worth understanding about life.

The Art of Not Taking Offence

An invaluable lesson I learnt in the process was the importance of allowing conversation to flow regardless of its nature and see it through to its conclusion.  To seize the questions which it raised as gifts for future topics of exploration. Censorship, taking offence, inhibitions all spelt: B-O-R-I-N-G.

It saddens me deeply that anyone should ask that this very particular French intellectual tradition should become censored or altered in any way at all, and that at the risk of offending, anyone, not just one group or person, that our lips become sealed by a PC superglue, or worse, and that our thoughts become internal dialogues never to be uttered in an aural world.

At the ripe age of 35 I was able to tick ‘Go to Paris’ off a bucket list wish.  I needed to see if all these preconceived ideas I had, based on the conversations of others were true. If all that I imagined Paris and Parisians to be was real. If not, then at least I’d have that myth busted.

The best conversations I can recall having in France with Parisians, are the ones that initially outraged and challenged me.

Conversations that surprised and shocked me but that I was then able to assimilate and reply to, in as equally an honest way without fear of judgement, knowing that my view, whether right or wrong would be heard, accepted and respected, even if we disagreed.

Agreement is not the necessary outcome or goal of a “French style conversation”.  Allowing all ideas to exist and be expressed is part of the unspoken pact and the promise of any interesting conversation worth having. 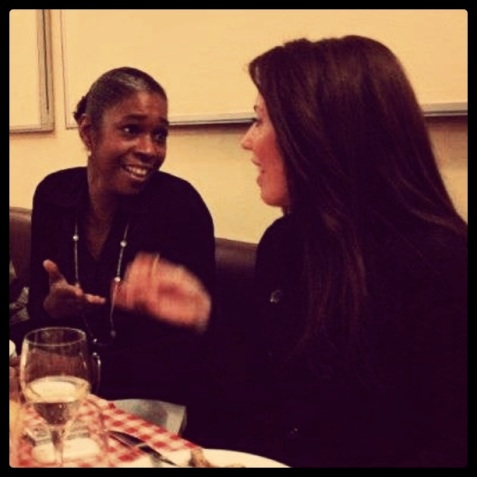 Let your reality meet mine. Let our words set the terms of agreement over which we will enjoy our disagreement.

Liberty is diversity in freedom of expression and is absolutely necessary for nurturing human intellectual growth.

The richness of Paris exists through its ability to sustain a myriad of conversations, parallel and simultaneous, to allow us to bring our most honest self forth.

Could there be a greater intellectual gift to society?

Merci la France, for the evolution of such a beautiful awakening over a lifetime.

2 Comments on Confessions of a Francophile